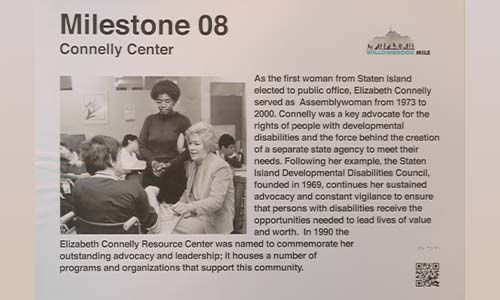 The legacy of The Willowbrook State School is one marked by horror and change- with a history that has taught valuable lessons on how best to support people with intellectual and developmental disabilities.

On Saturday, September 17, providers, allies, and former residents gathered at the Willowbrook campus to commemorate the 35th anniversary of the closing of Willowbrook and celebrate the inauguration of The Willowbrook Mile, a pathway on the former grounds with twelve ‘Milestones’ highlighting important people and moments central to its closing. 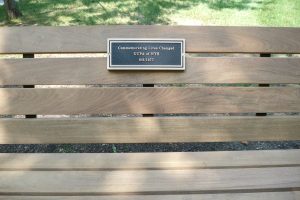 The agency sponsored a bench at Milestone 8 at The Elizabeth Connelly Center in commemoration of the lives changed.

Speakers included Kerri Neifeld, Commissioner of OPWDD, Geraldo Rivera, the journalist whose report on Willowbrook led to outcry and its eventual closure, and other figures central to its story.

CP Unlimited joined the gathered group recognizing the progress of the field and the promise to never forget what transpired when Willowbrook was operational. 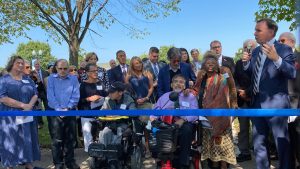 Joseph M. Pancari, President & CEO of CP Unlimited was interviewed as part of the Channel 7 coverage, saying: “The fact that folks with disabilities are part of everyday life as they, again, always should have been. It’s just a welcoming and wonderful thing to experience.”