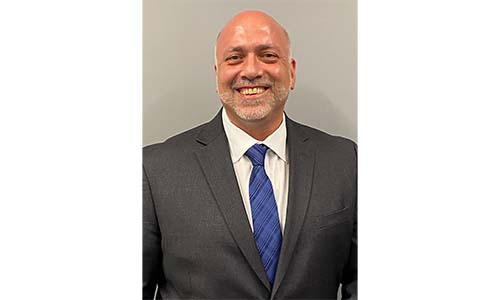 Constructive Partnerships Unlimited d/b/a United Cerebral Palsy Association of NYS, a leading provider of residential and day habilitation programs for people with intellectual and developmental disabilities, announces a major leadership transition as Susan Constantino, President & CEO, retires from her role on July 1. After an extensive search process, Joseph M. Pancari, current Executive Director of Metro Services, has been selected by the organization’s Board of Directors to become the next President & CEO.

“Susan Constantino has been a passionate agent of change throughout her entire career. In just the time I have been involved with CP Unlimited, she has doubled the size of the organization while facing down and capably managing all manner of challenges. I speak for the Board of CP Unlimited when I say we are grateful to Susan for many years of inspired leadership. I am also pleased Joe Pancari is stepping up to become our new CEO; he has demonstrated the deepest commitment to both this organization and the people it supports,” said Ross B. Levin, Board Chair of CP Unlimited.

Under Susan’s direction and vision, CP Unlimited has grown from a nascent non-profit—previously best-known for taking on former patients of Willowbrook integrated into area communities—to a dynamic organization with close to 2,000 employees supporting more than 700 persons in residences and many hundreds more through day habilitation programs, Article 16 Clinics, ICFs, IRAs, and other supports throughout New York City. Susan also oversaw the integration of Catholic Charities, Jawonio, Hudson Valley, and Bayville programs into the CP portfolio.

Joseph Pancari moves into his new role after overseeing the expansion of supports and successful ongoing management of the persons supported by CP Unlimited since 2007. Prior, Joe served as Vice President for Catholic Charities before their auspice change to CP Unlimited from 1998-2007 and continued his work as EVP & COO for the Metro Services Division, before becoming Executive Director. “I am honored to carry on the important mission to support people with I/DD in the best way possible and look forward to building on Susan’s legacy through compassionate and effective service,” said Joe Pancari.

“It has been the highlight of my career to work with the people and employees of CP Unlimited. I have seen us do so many amazing things and become a more vital and integral provider in New York City,” said Susan Constantino. “I am also so very happy that Joe will be the next leader at CP Unlimited, as he has been a friend, a collaborator, and the very model of what it means to be committed to people with I/DD.”

Susan will continue to assist CP Unlimited in an advisory capacity through 2023.